Measuring speed and distance for arriving trains on railway station

SDM-76 is all-weather specialized radar (measurer) for use on the railway stations. Its functionality is an analogue of the parking sensor on the auto vehicle. SDM-76 radar is based on automotive radar design, it has range of 76 GHz, which does not require a license in Europe, USA and many other countries. A frequency around 77 GHz is belonged to W-band, and worldwide devoted for license-free applications like automotive cruise control radar.

Practical use of the SDM-76 requires that each radar has to be connected to general computer system of train traffic control. This is just as well as sensors on the bumper of a vehicle have to be connected to the vehicle parking system to inform the driver of an obstacle.

Speed and distance of arriving train are transmitted to dispatcher and locomotive driver, telling them on approaching a deadlock end on the exact track of railway station. SDM-76 can also be used within general computerized safety system for automatic emergency braking of the train when it approaches deadlock end track with unusually high speed.

Since Q1 2015 these SDM-76 radars are mounted on dead-end tracks of the Leningrad railway station in Moscow, as the pilot project.  The project is under contract with “Scientific Research and Design Institute for Information Technology, Automation and Communication on Railway Transport” (JSC “NIIAS”), which specializes on traffic control and traffic safety, monitoring of carriage stock and railway infrastructure.

The project named PRISMA-K has the purpose to increase traffic safety on this Moscow station using radar-based sensors instead of previously used laser sensors.  Locomotive safety equipment using both local speedometer data and data from the system “PRISMA-K” (radar) tells the driver to reduce speed and more over, automatically performs the emergency stop if necessary.

Earlier, laser range and speed meters were installed on deadlock ends of tracks at Leningrad station of Moscow. Due to the errors that are common for laser measuring devices when operating in adverse weather conditions such as optical noise of heavy rain, snow, smoke, dust, — they have been replaced with all-weather radar SDM-76.

SDM-76 operates in the millimeter wave range (W-band), which is insignificantly attenuated by fine substances as smoke, dust and precipitation. In other words, these 76GHz radars have virtually no weather restrictions at short distances. At the same time, the radars have very narrow quasi-optical beam which allows monitoring only those objects that are in exact railway track, not reacting to trains arriving on the adjacent track or passengers walking on platform. 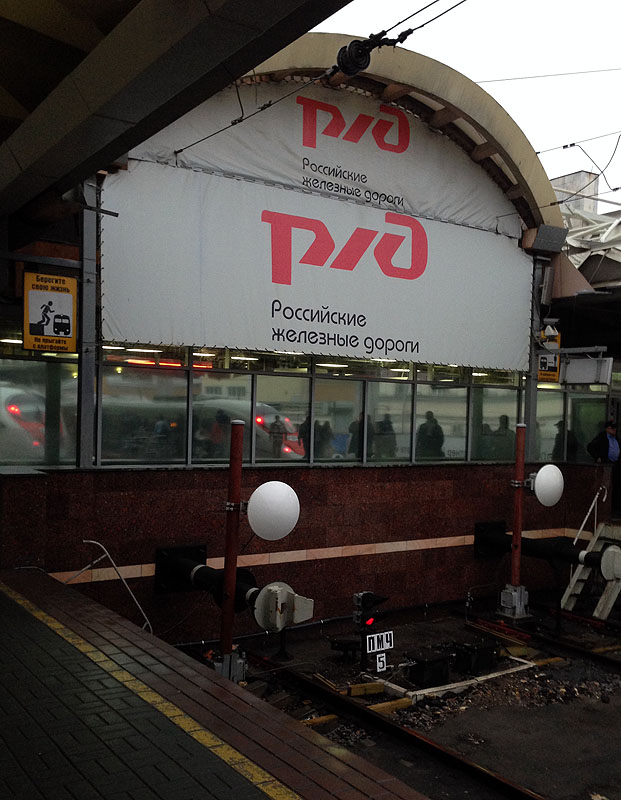 Typically, SDM-76 radars are equipped with 60 cm diameter antennas. This ensures the desired antenna pattern is as narrow as 4.3 m at the distance of 500 m. For example, the distance between the axes of tracks in Russain railways are  from 4.1 to 5.0 m according to national standards. Thus, the radar will not “see” the train on neighbor track. On the real environment of stations with deadlock end tracks, the length of platforms are not more than 500m  (500 m = 20 passenger carriage train lenght). The distance of 500 m is enough to fully stop of a passenger train from the speed of 60-70 km/h to zero.

SDM-76 radars can be equipped with antenna of diameter from 10 cm to 90 cm, in accordance with conditions of SDM-76 radar use  in a specific project. The larger is the diameter of the antenna, the narrower is the radar beam (also known as antenna directivity pattern).

SDM-76 transmits data of speed and distance of the train (as the target) in response to a request from the hub (LAN concentrator) of PRISMA-K datacenter.  In the project at Moscow, the PRISMA-K datacenter server requests data from radar during all time of train occupies the exact track. In case there is no train, data are not transmitted. This has been done to not to overload the railway LAN with currently unused data.

The each set of data transmitted from the radar to traffic control server includes the following information:

• speed of the target in km/h

• distance to the target in meters

• service information about the availability of the radar

• service information that data goes beyond the measurement ranges (in case of very high speed of the target). 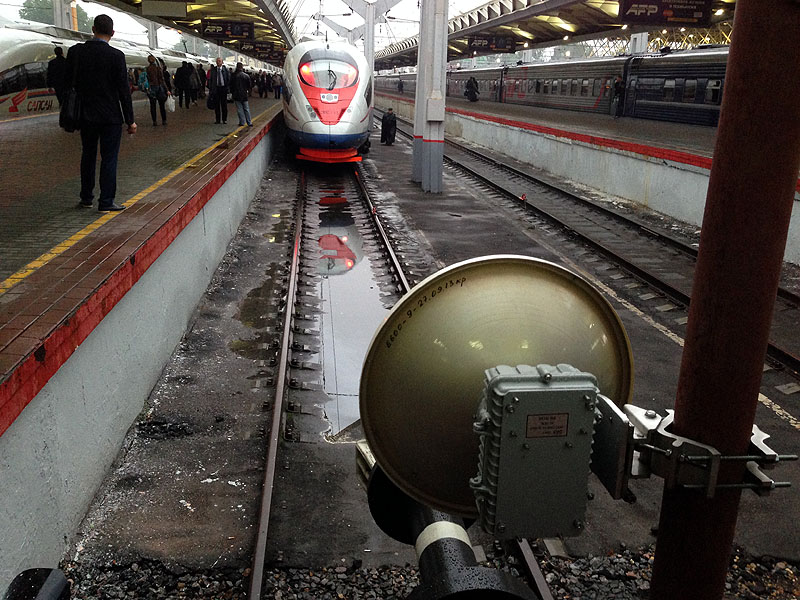 The radar unit is designed to be mounted on a vertical pole (mast) with a diameter of 50 mm to 120 mm. The radar has to be installed on the centre of track at the height calculated as 1/2 of antenna pattern diameter on max specified distance. In the described case, the antenna pattern on 500 m is 4.3 m in diameter. Thus, radar installation height is 2.15 m.

• Radar unit for measuring distance and speed of train,

• Alignment-fixing device for fixing the meter and the possibility of precise adjustment of the antenna to the monitored railway track.