ELVA-1 has developed millimeter wave radar with artificial intelligence (AI) analyzing engine for standoff detection of the concealed weapons. It is unofficially called a wax radar, since the first developments were carried out on a dummy bomb in the form of a piece of wax with bolts and nuts inside. 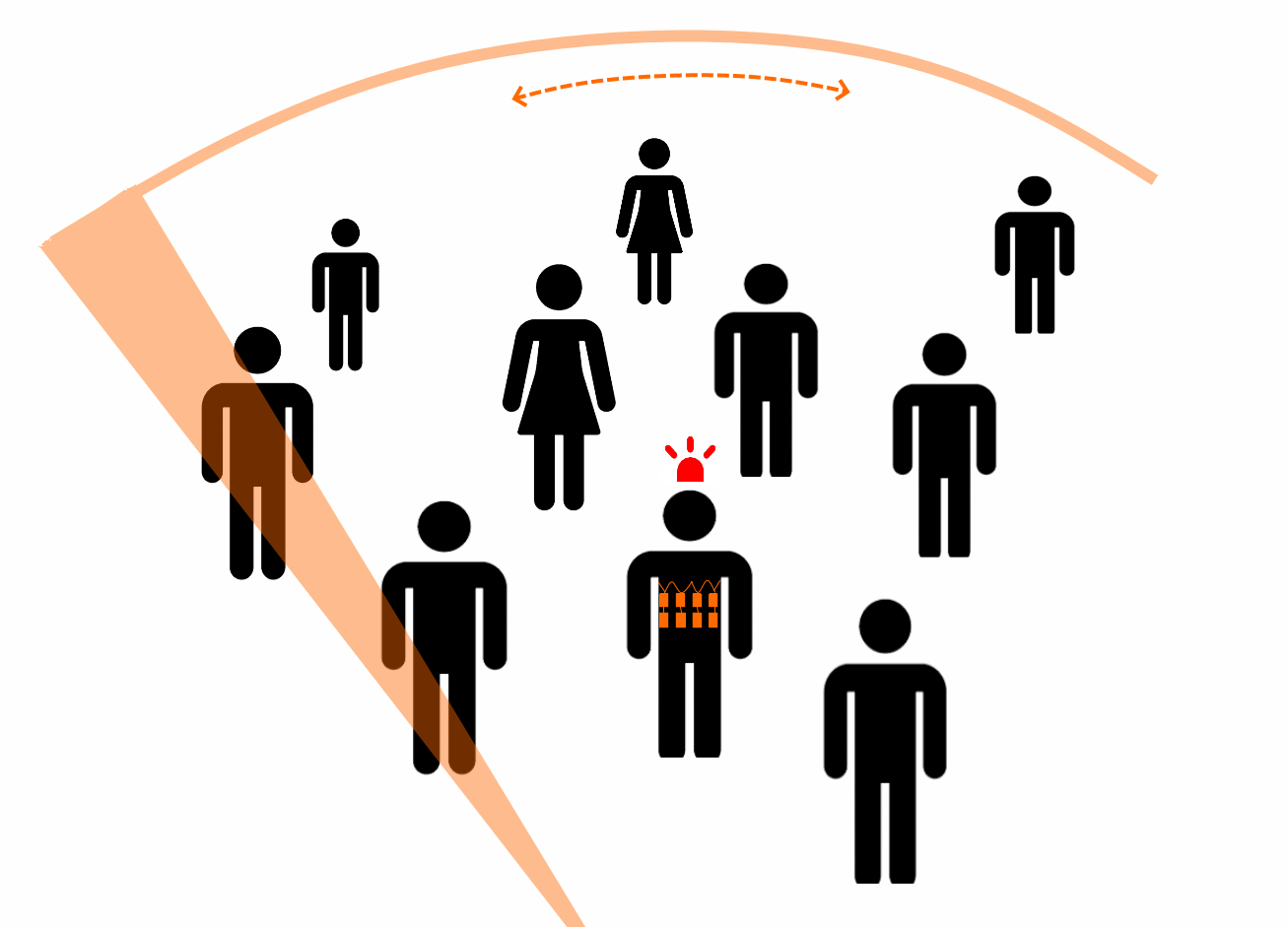 Operating at 4 mm wavelength (76 GHz), this hidden weapons detecting radar is primary intended for search for packs of small metal particles which are typical for explosive belts and improvised explosive devices (IED).

At the current stage of science, the active millimeter wave detection is promised to be the most long-range people-screening technology compare to all other ones which currently are exist as many as about a dozen.

ELVA-1 believes that effective security screening has to be a layered multi-technology defense with millimeter wave radars working on the far perimeter, while combining with other detecting technologies at short distances.

Early ideas to build radar-based cameras with enough resolution for distance view of any concealed things on the human body currently are considered as not practicable because of a bunch of reasons.

1.      First, such camera is huge of its sizes and extremely expensive.

2.      Second is the fear that a screened person will receive a significant exposure because of emission from a matrix of radars (even small ones) as each pixel on the view requires a separate radar.

3.      Third reason is privacy concern, as radar-based camera delivers image of any person as naked body.

The way to resolving these issues brought the idea of using non-imaging radar which delivers just simple ON/OFF alarm signal of concealed weapon detection without displaying of any part of the human body.

Most of the modern concealed weapon detection technologies require very short or even zero distance to the suspected object. These technologies are good enough for scanning luggage in the airports, postal deliveries or other goods at custom check-points, but fails to scan moving people, especially on the standoff distance.

In fact, mostly scanners (aka radars) based on frequency range from microwave 1 GHz to terahertz 1000 GHz are able to detect concealed weapons hidden under the clothes at standoff distances.

ELVA-1 system works by using non-imaging millimeter wave radar to scan individuals as they walk within the spot of radar beam. The results of the scans are analysed in real time by AI engine and compared to a database of known patterns. The system is constantly learning and adapting at its place of deployment to new patterns.