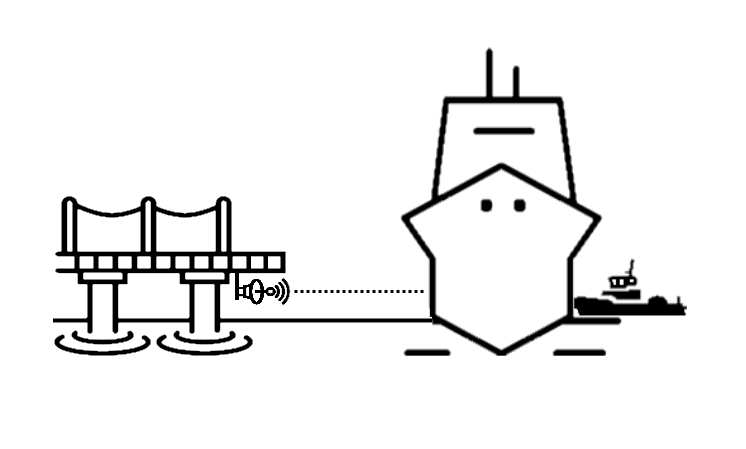 DR-76 is BAS (Berthing Aid System) and acronym for 76 GHz Docking Radar. ELVA’s DR-76 measures the distance and speed of the ship approaching the berth, by transferring row data from radar to telemeter application to be displayed to operators (helmsmans) on the ship and harbour tug boats.

This radar technology assists all ships easy to berthing (mooring) the jetty by using license-free 76 GHz radar beam from two or more radars installed at the jetty as sensors. The radars monitor distance between the ship away from the jetty, and measure speed of the ship movement while berthing.

The advantages of DR-76 radar over low-frequency low-cost radar sensors, which can be part of some laser docking assistance systems, are its high range and narrow radiation pattern. Cheap radar sensors have a wide radiation pattern, due to which the beam touches the water surface with subsequent reflections already in the nearby zone within 20-50 m from the berth, which limits the coverage zone.

DR-76 is all-weather specialized radar for use on the berth for safe ship berthing. By its functionality, the radar is an analogue of the parking sensor on the auto vehicle. Moreover, DR-76 radar is based on automotive radar specs, and it works in millimeter-wave band at the frequency of around 76 GHz, which worldwide devoted for license-free applications of automotive cruise control radar. This frequency band of 76 GHz is belonged to W-band, and does not require a license in Europe, USA and many other countries.

Because radar produces just row digital data about distance and speed, the practical use of the DR-76 requires that each radar has to be connected to a server with installed application to convert row data to values suitable to display on monitors or mobile devices. ELVA supplies basic software to get data from radar displayed on a computer monitor, and API to implement data to custom-tailored application.