Arctic version of PPC-10G-E E-band radio was installed by NOVATEK-TARKOSALENEFTEGAZ for connection between two network segments on record hop of 15 km (9.3 mi) in Northern Siberia. The link was installed with support of DOK LLC, ELVA’s technological partner in Russia for manufacturing high-speed mm-wave communication systems. 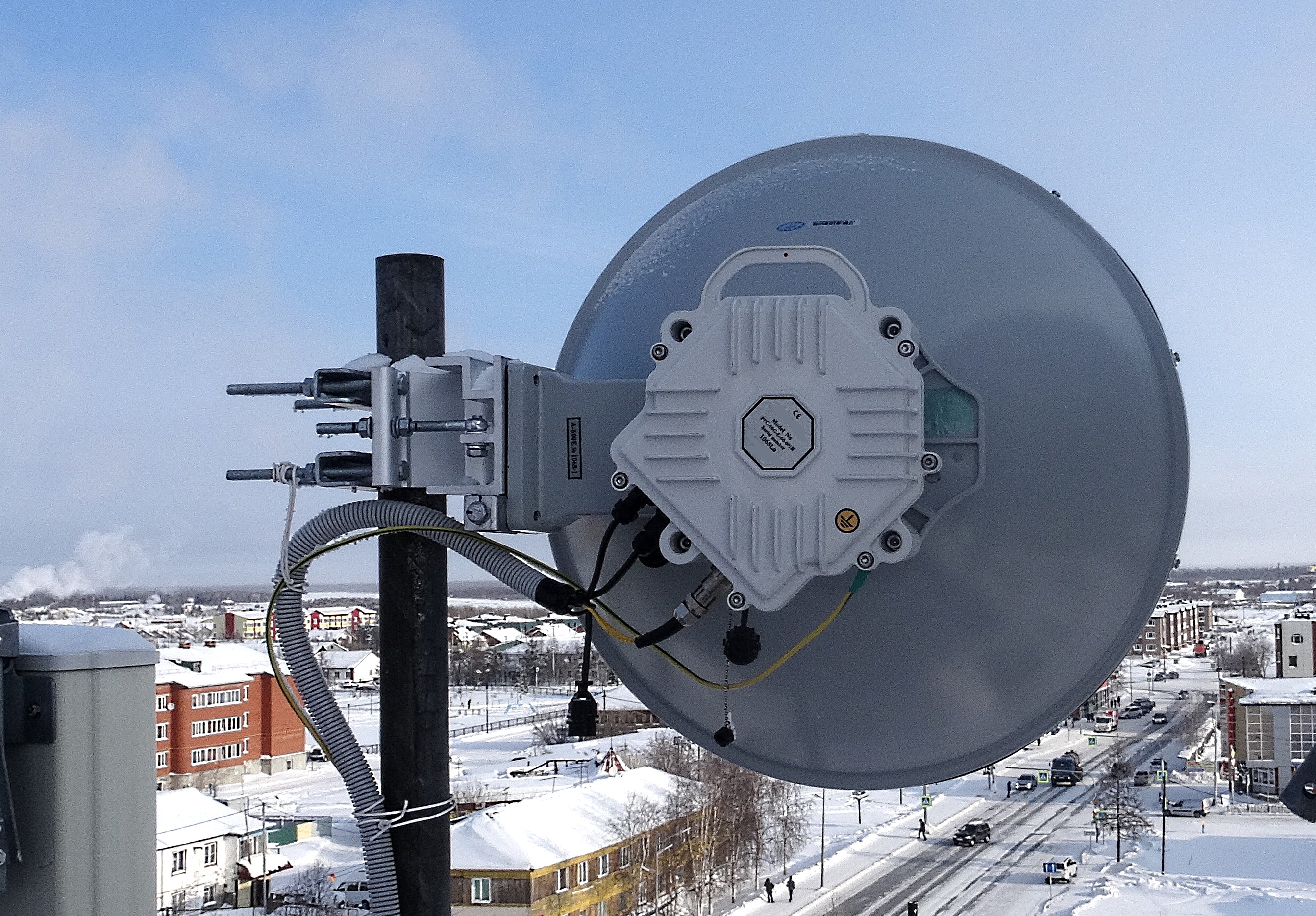 For the installation of 10 Gbps wireless channel between two segments of NOVATEK-TARKOSALENEFTEGAZ corporate network, DOK LLC shipped Arctic version of PPC-10G-E radio to customer. The installation process has been done by customer’s engineers according to radio manual and remote support of DOK LLC. At customer place, the network segments were divided by large Pyakupur river floodplain, which caused the difficulty for fiber laying. One more factor to use the radio against fiber digging was extremely cold climate of the place, with temperatures down to -40°C (-40F) or even worst for most of the year.

Ruslan Talipov, Deputy Chief Engineer of NOVATEK-TARKOSALENEFTEGAZ Communications and Automated Control Systems, said about the operation of the PPC-10G equipment: “We decided to use this 10GE radio shipped by DOK LLC to provide the company’s employee camp residing in the shift housing complex with IPTV (more than 100 TV channels) and high-speed Internet access. The length of the hop is about 15 km and location is Tarko-Sale town of the Purovsky District of the Yamal-Nenets Autonomous District. DOK LLC provided us with special Arctic modification of the radio bridge, which has increased working distance. Currently, we have assembled and launched this radio, and also established communication at speed of 10 Gbps on such long distance”.

According to ELVA documentation, the Arctic version of PPC-10G-E radiolink is designed to provide 10 Gigabit Ethernet connection at E-band of millimeter wave spectrum. The equipment has built-in automatic heating module and is intended for northern regions like Alaska, Siberia, Northern Europe, Iceland and Greenland where frozen ground causes difficulty for fiber digging. The cold climate with mostly snow and very rare rains (if ever happen) allows to extend the link distance for reliable 10GE connection up to 15-16 km (up to 10 miles).

NOVATEK-TARKOSALENEFTEGAZ LLC is subsidiary company of NOVATEK (LSE: NVTK), second major natural gas and LNG (Liquefied Natural Gas‎) producing company in Russia. The customer’s office is located in Tarko-Sale, Purovsky Area of the Yamalo-Nenets Autonomous District. The company is engaged in exploration, production, processing and sale of natural gas and liquid hydrocarbons. It has twenty years of experience in global oil and gas industry. The company actively implements and uses advanced information technologies and telecommunications to support corporate governance and development of its core business.Company website: http://www.novatek.ru/en