PPC-10G 70/80 GHz wireless radios were successfully tested for train-to-ground connectivity at real railway conditions on high-speed Russia to Finland railway line. The max aggregated throughput at two wireless channels from the head and back of the specialized communications testing carriage reached 11300 Mbps. 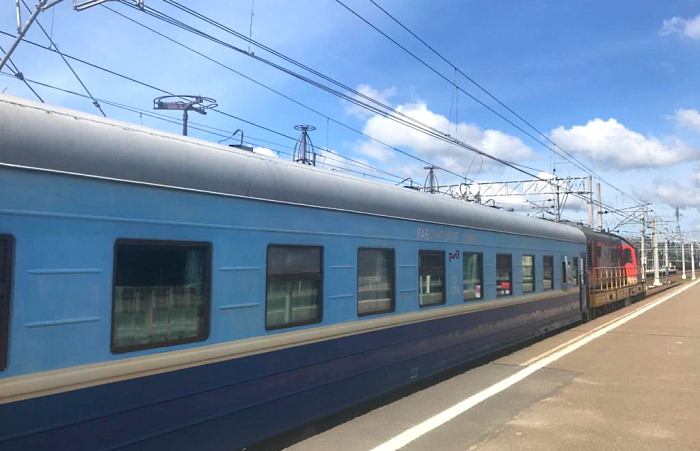 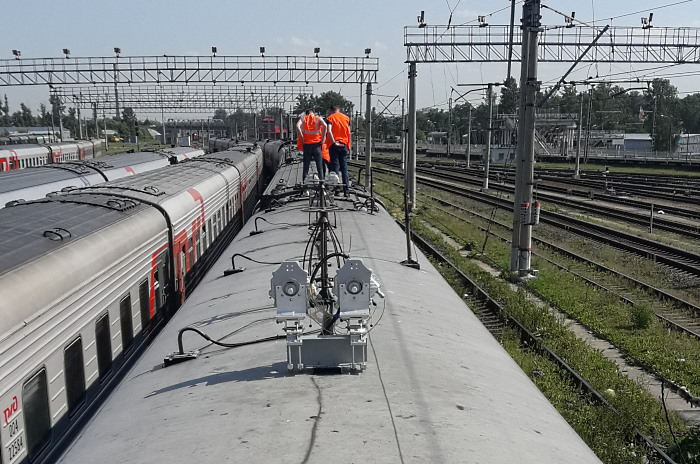 DOK Ltd, ELVA’s manufacturing partner in Russia has reported on the successful test of PPC-10G train-to-ground communication system on St.Petersburg to Helsinki railway line at a measured section between the Solnechnoye and Zelenogorsk stations.

This train-to-ground communication system is designed to solve the problem of providing high-speed trains with a broadband Internet connection on straight sections of the railway. In the experiments, the test track section of 6.3 km was included three passes at a distance of 2,300, 1,300, and 2,700 m between base stations. The base stations were equipped with compact 30 cm diameter antennas and were located on contact wire supports at a height of about 5 m from the railhead.

For minimizing the cost of the project, PPC-10G base stations could be deployed at 2 km distance from each other or even longer. Such distance is probably the longest in the industry consider various publicly available reports. The other factor for lowering project cost is PPC-10G base stations ability for installation at existed contact wire supports (masts) along the tracks with minimum efforts and using cheap mounting sets.

The results of the train-to-ground communication tests held in the year 2020 on the St.Peterburg – Helsinki railway line were preceded by tests in the year 2019 near Moscow. At those tests, it was shown a possibility for 10 Gbps connection to a moving train from the contact wire supports at real railway conditions using 70/80 GHz E-band equipment. The distances between base stations at Moscow tests were 370, 500 and 600 m.

For testing the connection on the move, Russian Railways has provided a communication laboratory carriage with the locomotive. On the roof of the laboratory carriage in both directions, forward and in the opposite direction, sets of PPC-10G radios with small horn antennas were installed. A series of passes were carried out along the test section of the railway in both directions and with a change of the track (passes at the first and second main tracks).

The following test results were confirmed at the report signed by the group of top Russian Railway officials:

Contact ELVA-1 team for any inquiries regarding multi-gigabit Train-to-ground connectivity tests and deployment.